In a previous post on GIS utility data modeling we discussed electric conductors. This post will address the related topic of modeling neutral wires. 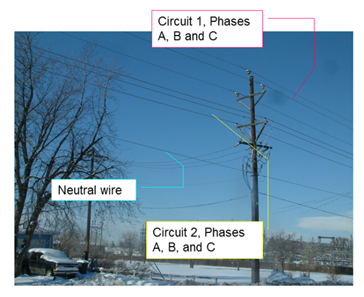 So, the question of the day is, how do we model all these neutral wires?

In our experience, overheard neutral wires are represented in any of three ways in ArcGIS Electric database models, as follows:

While what we’ve discussed above is in terms of primary conductor the same would apply to secondary. For example, the conventions we described for our third case – neutral-only wire — will prevent cases where a Feeder Manager trace might connect two different feeders via a connected neutral – as illustrated below. 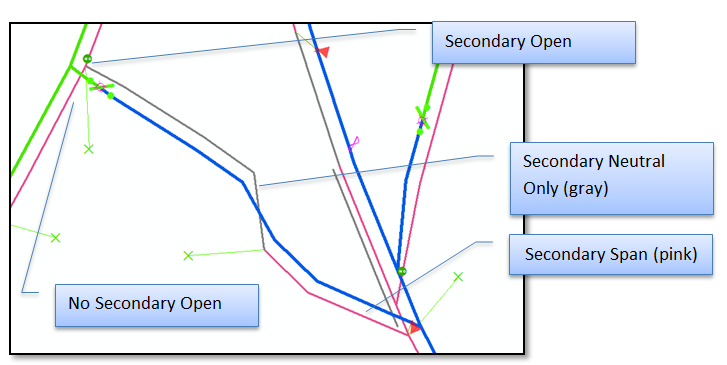 So, there are some options for neutral wire modeling to chew on next time you’re building, upgrading or re-designing your electric distribution database model.